Written on 20th June 2015. Posted in Uncategorised. Leave a Comment

The South Downs Marathon is this weekend. Thousands will be running, competing, having fun and raising money for charity all at the same time.

Whether you are an athlete, pro-runner or amateur there are some simple rules to stick by to prevent injury and pain after running all that way.  The South Downs Marathon is notoriously tough, so here’s our tips to help you overcome from the challenge!

1. Water – If it’s hot outside, you’ll need to drink more than usual, which is a challenge when you’re trying to run as well.  Please focus on hydration both pre- and post-race (being well hydrated will mean you recover more quickly too!) Don’t overlook the electrolytes you’ve lost through sweating. Rather than buy expensive, sugary energy drinks, simply add a few mmol of sodium (salt) or suitable electrolyte powde to your water. Tastes gross but does the trick!

2.  Don’t forget to eat. It might be the last thing on your mind after you’ve just run a hefty race but it’s important to rep
lenish your body with lost nutrients and electrolytes after expending so much e
nergy!

3. Kinesiotape is not only helpful when you’re out running to help support your joints and muscles, but it may also

aid recovery from injuries by improving blood and lymphatic flow around the injured areas.

If you are reeling from any form of exercise this weekend and are in need of some assistance please contact the clinic on 01243 379693 or email acorn@acornhealth.org.uk

Written on 21st January 2015. Posted in Uncategorised. Leave a Comment

I like to practice what I preach, and so when I saw the “This Girl Can” campaign from Sport England, I thought it was about time I tried something new!  I grew up playing team sports, and freely admit I am much more comfortable charging around a lacrosse field in sub-zero temperatures than I am in a yoga studio, particularly one that is heated to a tropical 40 degrees, yet that’s exactly what I did yesterday.   I had heard a number of my patients mention hot yoga in Chichester, so after a brief chat with Natalie the owner, we went along for our first session.

Bikram Yoga is a series of 26 yoga postures with breathing exercises, and the temperature of the room is designed to warm and ease your soft tissues (muscles, ligaments and tendons) to allow a deeper stretch, as well as adding a little bit of mental challenge to the exercises.  Anyone who thinks that yoga is a bit of deep breathing and a gentle stretch- think again!

Our clinic manager Rhiannon is already a bit of a yoga bunny, so she kindly accompanied me for moral support.  It may surprise you to know that chiropractors can suffer with back pain too (mine is related to one-too-many falls off a horse) so I was hesitant about contorting myself into the bizarre postures that I’ve seen yoga fans perform, envisaging a few days of the inevitable grumbling lower back pain and achey I’ve-done-a-workout shoulders afterwards.

90 minutes? 40 degrees? We must be mad!  However, fuelled with images from Sport England’s advert of women looking exhausted but triumphant, I decided that I wanted to be one of them and was determined to give Bikram a go.  Trying something new and totally different was a little nerve-wracking (“What on earth is a tree pose? Who is savasana and why do they keep asking her to lie down?”) but after a while, and with some gentle advice from the instructor, I managed to get the hang of the exercises.

There’s a moment when you’re exercising or trying to get fit, where that little voice in your head tells you “It would be so much easier if you stopped”, or better yet “You really can’t do this. You’re never going to look like that girl over there so why bother?”  Ignoring that little (or not-so-little) voice in your head is the real challenge.  For me, that little voice kicked in after about an hour, when I caught sight of my red, puffy face in the mirror and realised that no, my leg really doesn’t bend that way.  So I took a break. Yep, I stopped, sat down, reassessed, and watched everyone else sweating and stretching away.   This Girl Can is encouraging us all to “wiggle, jiggle, move and prove that judgment is a barrier that can be overcome.”  So when I sat down in a sweaty heap on my mat, a part of me expected to receive the inevitable raised eyebrows or smug “I’m-fitter-than-you” smirks.  But no, not ONCE did I feel embarrassed about it, or lazy, or feel like a failure.  I was amazed to receive a smile and a wink from the instructor, the girl next to me gave me a relieved s
mile and then plonked down on her mat for a minute, and the chap at the end of the room mouthed “You ok?” to me.  That was when the dawning realisation came to me that we were all there trying to acheive the same thing- relaxation, fitness, flexibility, and I’m sure a few other things too!  There was no shame in taking a break (yes, I got back to it a few minutes later) as we were all supporting each other to help get through what was a challenging activity!

Taking breaks when it becomes too much allows you to establish where your limits lie, and gives you an opportunity to identify problem areas that you might want to work on in the future.  We all have to start somewhere, so whether you are an exercise addict already, or just want to try and get back in to shape, try something new, bring a friend with you, make it social and fun, or do like we did and go to Bikram and make it sweaty!

We conquered HotYoga, and although I am a little achey today, I know I’ll be going back.  Because this girl can! 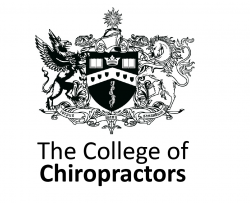 Written on 16th December 2014. Posted in Uncategorised. Leave a Comment

We are excited to announce Acorn Health in Emsworth has been awarded the highly regarded Patient Partnership Quality Mark (PPQM) from the Royal College of Chiropractors which recognise excellence in terms of meeting patient expectations. This award is a great contribution to the Emsworth health care community as less than 150 clinics in the whole of the UK hold a PPQM.

Philippa Oakley, principal Chiropractor adds, ‘We are thrilled to have been recognised as one of them in just over 6 months from opening and we are looking forward to going up to London to collect the award in January! As part of the mark, we are required to demonstrate that we meet patient expectations in a wide range of areas including; accessibility, communication with our patients, privacy, patient aftercare and record keeping.’

For more information about the Quality Marks, visit the Royal College of Chiropractors website here.