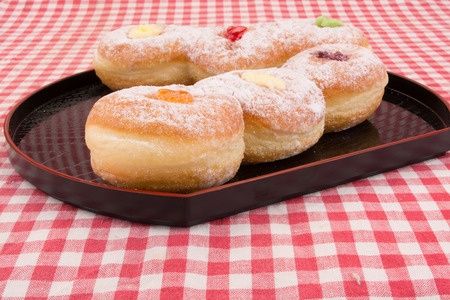 “Slipped discs”- the much-maligned cause of lower back pain. Or are they?

Ah, “slipped discs”. Many of our patients come to see us because they’re worried they’ve got a bulging or slipped disc. To properly explain a disc injury, we need to understand the anatomy of the area and what we’re dealing with. The spine is made up of individual bones called vertebrae. These vertebrae are attached to each other with ligaments which provide additional support and strength. There are 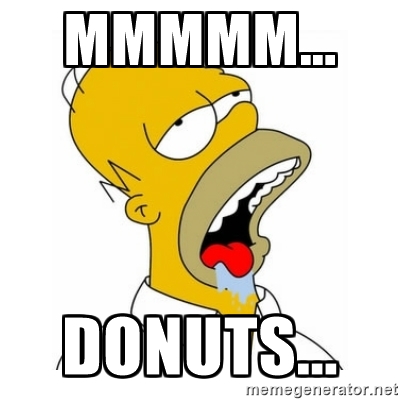 also numerous muscles which surround and attach to the spine. In between each vertebra in the spine is a disc which is made up of two parts (rather like a jam doughnut!) There is a tough, rubber-like outer part called the annulus fibrosus, and a softer jelly-like middle part called the nucleus pulposus.  These discs sit in between the vertebrae and act as a shock absorber for your spine- a job they ordinarily do very well. Like a doughnut, there’s a certain amount of “squish” to them. This means they can withstand a large degree of force without any issue at all.

A disc protrusion occurs when there is damage to the tough outer layer of the disc. In some cases this allows some of the jelly-like nucleus pulpous into the spinal canal, where the spinal cord passes.  This type of issue can put pressure on the whole spinal cord, or just one single nerve root (where a nerve leaves the spinal cord).

Whilst the words bulge or protrusion may seem interchangeable, they do have different meanings.

Disc sequestration= the material of the disc extrusion passes into the spinal canal and may become separate from the rest of the disc material.

How (and why) do disc injuries occur?

It’s not clear. There is an age factor, as we get older our discs have a lower water content and are therefore more likely to become injured.

Some studies have indicated that repetitive loading and compression of the spine (particularly in forward and backward bending) may have an affect. This was performed on porcine spinal segments (pigs!) This is still worth considering when we see someone in clinic who has a job that involves a lot of manual lifting.

Rotation or twisting may also increase the likelihood of a disc injury. Twisting causes micro-injuries to the annulus fibrosus, leaving the discs more open to injury.

Occupational factors are also important as the risk of lumbar disc injuries are higher among both men and women who have strenuous, physically demanding jobs. People who do a lot of driving may also be at risk. (Sitting puts the spine in a sustained position of slight forward bend which may explain this). Poor posture can also affect spinal flexibility and increase the likelihood of a disc injury.

Smoking also plays a role, as it affects the flexibility of the discs. Lack of regular exercise, a poorly balanced diet and being overweight can also contribute to poor disc health.

So why won’t anyone MRI me?

Good question. Guidelines nowadays state that MRI’s for lower back pain should only be taken when considering referring a patient for spinal fusion surgery. In fact, the use of most imaging modalities (such as x-ray or MRI) are strongly discouraged as they show so many false alarms. We know from numerous studies, that a large number of pain free patients will show disc protrusions on imaging. But they’re pain free! Just because an MRI shows a disc injury doesn’t mean that this is why you’re in pain.

An example of this– In 1989, 67 asymptomatic patients with no pain and no history of back pain were given MRI’s. Clinicians wanted to see if they could predict which of these patients would develop back pain. They followed these patients for 7 years to see if they did develop back pain. At their initial scans, 31% of these asymptomatic, pain-free patients had an “identifiable abnormality” of the disc or spinal canal at this time. (12 patients had normal findings, 5 had herniated discs, 3 had spinal stenosis, and 1 had moderate disc degeneration.) 7 years later, these patients were contacted to see if they had developed back pain, and 31 of them were sent for a repeat MRI. Of those who completed the follow-up assessment, only 21 subjects developed back pain within the 7 year period after the initial examination. At follow-up, 58% of them had no back pain at all, yet the repeat MRI showed more disc protrusion, degeneration and spinal stenosis than the original scans. This study basically scuppered the theory that an abnormality on an MRI was a predictor of developing back pain or sciatica!

That’s not the only study, either. We’ll do the rest quickly!

Fraser et al (1995) 56 patients were MRI’d 10 years after treatment for disc herniation. At the 10 year follow-up, 37% of patients still had the disc protrusion, but there was no relationship between the persistent disc herniation and the degree of patient satisfaction. (“The presence or absence of herniation at 10 years had no significant bearing on a successful outcome.”) So patients had a “successful outcome” from treatment, but still had the disc injury.

Do you see what we mean? Here’s a few more!

Boos et al (1995) 46 asymptomatic people who were thought to be “high risk” for disc injury (due to the nature of their work which involved frequent bending, twisting, heavy lifting, contact with vibration or sedentary job roles) were MRI’d. 76% of these people who were pain-free but at high-risk of developing a disc injury were found to have at least one disc herniation yet they had no pain! Not only that but 85% had confirmed disc degeneration at at least one spinal level.

Masui et al (2005) conducted follow-up studies of 21 patients who were treated conservatively (without surgery) for painful disc injuries. They found that there was progressive disc degeneration in all of these patients, but no relationship between MRI findings and continued pain.  The authors concluded “clinical outcome did not depend on the size of herniation or the grade of degeneration.”

What can we tell from these studies?

In any group of people, around 60% of them would have some type of either disc protrusion, bulge, herniation, extrusion or sequestration with or without nerve root compression.

Now of course there are cases where we do worry. No practitioner in their right mind would ever ignore a red flag, which indicates underlying pathology. When it comes to MRI’s it’s near impossible to get a completely healthy looking scan out of anyone. It just doesn’t happen, and yet most of these “abnormal findings” on MRI’s are clinical red herrings. They’re as unremarkable as that birthmark on your leg, and yet they can scare people silly.

Can’t I have an MRI just in case?

Surely an MRI “just to rule it out or confirm it” isn’t harmful, right? Wrong! MRI’s and x-rays, particularly those that do come back with some form of abnormality can genuinely scare people. These investigations reinforce the idea that something is wrong, broken, damaged. What we all know to be true is that pain is always worse when you believe you are in danger.

To quote the great Lorimer Mosely: 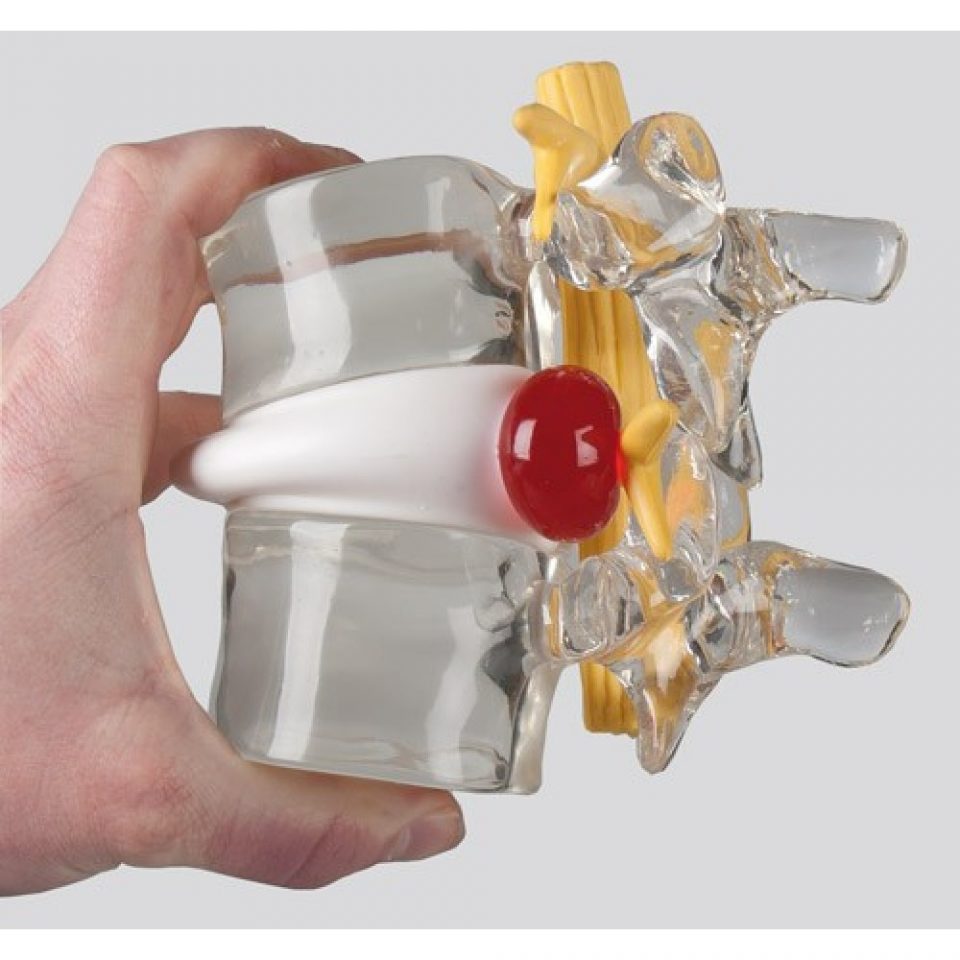 “Any piece of credible evidence that they are in danger should change their pain … And they are all walking into a hospital department with models like this on the desk: what does your brain say when it sees a disc that’s slipped so far out it’s sitting on it’s own? If you’ve ever seen a disc in a cadaver, you can’t slip the suckers — they’re immobile, you can’t slip a disc — but that’s our language, and it messes with your brain. It cannot not mess with your brain.” Watch his talk here.

Your spine is a fundamentally stable structure. Discs don’t slip in and out for no good reason. Nerves don’t get “trapped and untrapped” and your spine is actually well-equipped to cope with most stresses and strains. Stop worrying- worrying about it serves no function other than to ruin your day!

If you’ve read our “Understanding Pain” blog you’ll know that whilst pain isn’t all in your head, the psychological stuff going on in there does affect your pain, and this is why in our chronic pain patients we do recommend CBT or at least doing some research into understanding pain. How you think and feel about your back affects how much pain you perceive. It’d be fairly silly of us as clinicians to ignore that. This is why it’s so important your chiropractor reassures you during treatment. In addition, we also need to help you understand what’s happening and encouraging you to get back to normal activities.

“You’ve got a slipped disc” seems to be said too often and carelessly by healthcare providers. It’s an easy enough thing to say, it’s often in line with what you think is going on yourself. Now whilst it’s easy to give a diagnosis like that, it’s clinically inaccurate and psychologically damaging. Plus, as you can see from all of the above studies, it’s unlikely to be the real reason you’re experiencing low back pain. We’re much more interested in identifying the actual underlying cause for the pain. This could be inflammation in the spinal structures, restricted joint movement, muscular tension or nerve irritation. Addressing this will get help get you better.

Don’t blame discs- They’re not the problem! Let’s find out the real cause of your back pain instead.

Did you like what you’ve just read? Keen to find out more? Download our bestselling resource “Understanding Pain” to find out how your brain adapts to chronic pain, and what you can do to overcome it!