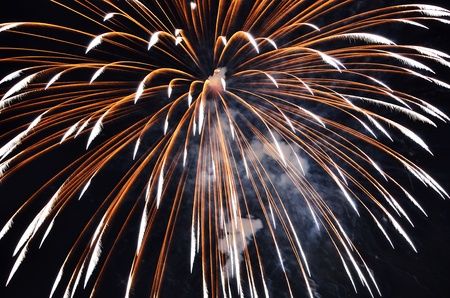 Healthcare: What made the headlines in 2015?

Written on 31st December 2015. Posted in Uncategorised. Leave a Comment 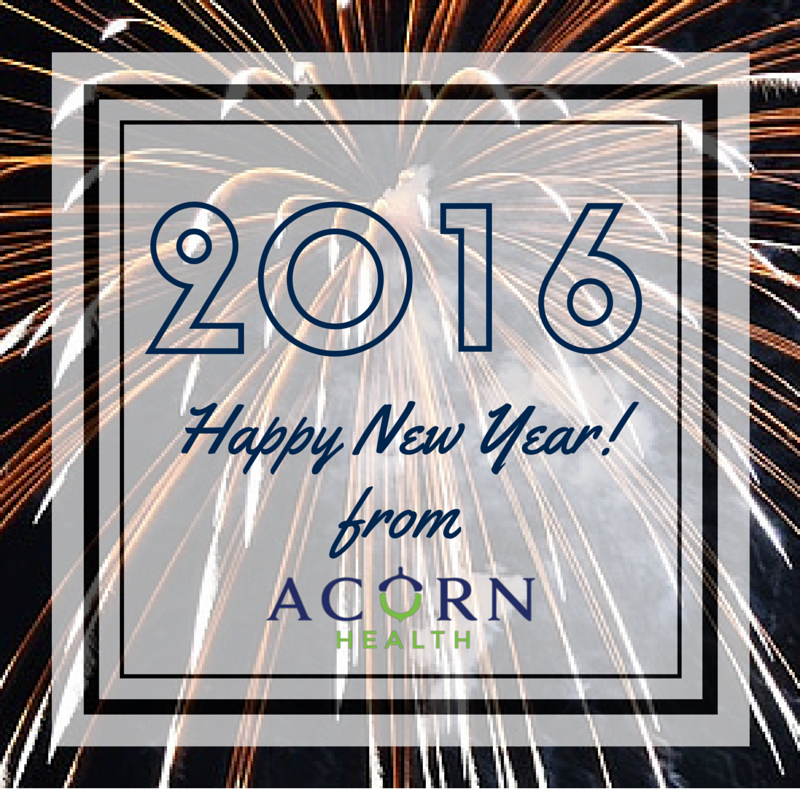 With a New Year just hours away, we thought we’d take the opportunity to review the latest and greatest developments in healthcare throughout 2015, as well as popular healthcare articles that made headlines and our own most popular content.

This, without doubt, is top of our list of 2015’s successes. Since the 2014 ebola outbreak, over 11,300 lives have been lost but a new vaccine that has been heralded as a “potential game changer” saw a huge drop in the number of new cases. Whilst the disease has not been totally defeated yet with a risk of new outbreaks or long-term side effects still a very real issue, just two days ago, the World Health Organisation declared an end to the ebola outbreak in Guinea.

One of the most widely-shared articles on the internet in 2015, this article from The Atlantic posed some interesting questions about how doctors interpret (or in fact, underestimate) women’s pain.  In America, men wait an average of 49 minutes before receiving an analgesic for acute abdominal pain. Women wait an average of 65 minutes for the same thing.  A harrowing and extreme example perhaps, but it highlights the ultimate need for all healthcare professionals to listen, understand and consider each person as an individual before making a clinical decision. There is no place for assumptions or generalisations in healthcare.

3. When the media gets it wrong

In a classic example of misinterpretation, a report from the American Journal of Cardiology caused quite a stir when it suggested that “strenuous jogging is as bad as no exercise at all.” The claims were quickly clarified by the NHS, as what the media failed to make clear here was the size of the demographic involved

in the study- once the 1500 participants had been split into groups based on duration, frequency, and pace, some individual groups – particularly the most active groups – were (by research standards) too small to draw any real clinical significance from, with just 36 runners classified as “strenuous joggers.” As a result, the analyses conducted were less able to detect what, if any differences were present between the two groups.  A classic example of needing to know the full picture when drawing a healthcare conclusion like this. (N.B.  The biggest concern with exercise is not “overdoing” it. It’s not doing enough! If you’re thinking of taking up a new hobby in 2016, let’s keep you injury free.)

Our most popular post of 2015 was “Kinesiotape during Pregnancy”, which to date has had a whopping 22,800 social shares. Kinesiotape is paradoxically gentle, yet strong, and depending on the way it is applied, it creates an effect on skin that improves circulation, relieves pain and supports muscles and joints which can be a huge help for mums to alleviate some of the postural aches and pains associated with a growing bump!

5. Back pain and paracetamol

An article published in the British Medical Journal back in March of 2015 confirmed what many of us have known for some time- that paracetamol is ineffective for back pain.  With prescription of paracetamol being the most common approach to treatment used by general practitioners for spinal pain and osteoarthritis of the hip or knee, this has highlighted the need for a review and potential reconsideration of current recommendations that support the use of paracetamol for these groups.  The current guidelines from the National Institute of Health and Clinical Excellence support the use of manual therapy for low back pain, alongside a structured exercise programme. Good news for Acorn Health patients who will know this is a fundamental part of our treatment programmes.

2015 was a fantastic year for us as Philippa was accepted into the Royal College of Chiropractor’s specialist Pregnancy and Paediatric Faculty.  These specialist faculties recognise chiropractors who have undertaken

formal postgraduate studies and have specialist knowledge and expertise in their particular fields and Philippa was delighted to be welcome into the Paediatric Faculty in addition to her already acheiving Licenciate status with the specialist Pain Faculty.  Not only that, but 2015 also saw Acorn Health pick up
it’s second national award with the Royal College of Chiropractors, the Clinical Managment Quality Mark, which is awarded to those clinics that demonstrate excellence in terms of operating within a structured and managed clinical environment. The clinics must demonstrate excellence in a range of areas including clinical audit, incident reporting and patient satisfaction.

Lewisham and Greenwich NHS Choir beat out Justin Bieber for No 1 and the hashtag #NHSWorkingXmas became a Twitter trending sensation in the UK. Yes, 2015 was the year that the NHS fought back!  With the start of the year plagued with media coverage of Jeremy Hunt’s intention to impose new contracts affecting junior doctors throughout the NHS, doctors promptly took matters into their own hands and answered back with #ImInWorkJeremy, in response to the health minister’s comments on a “Monday to Friday working culture” within the NHS. With a number 1 single under their belt and a Twitter trend to their name, we felt that the NHS saw the year out on a high note!

2015 brought sugar to the small screen in the form of the controversial Jamie’s Sugar Rush. One of our favourite pieces of the year was this article from the Huffington Post, showing what sugar does to your brain. In addition to being a key contributor to rising obesity levels, sugar is also known to impair memory, contribute to depression and anxiety and is linked to cognitive decline and dementia.  2015 was definitely the year that the UK began to combat the hidden sugars in our food, and began to make healthier dietary choices.

The UK-based manufacturers of Nurofen, Reckitt-Benckiser were forced to defend their product after Australian courts ordered certain products off the shelves after finding each product, despite being marketed as able to treat specific pains, such as migraine, were identical to one another and contained the same active ingredient, ibuprofen lysine 342mg. Prices for these products also averaged around £3.49 for a box of 16 capsules. Why is it that snazzy packaging and good marketing so often tempts us in? We’ve said it once, we’ll say it again. Save your money and buy generic. (They’ll cost you about 30p instead!)

An accident 5 years ago left a 26 year old American man paralysed from the waist down, unable to use his legs. This year, scientists successfully rerouted nerve signals from the man’s brain to electrodes on his knees, enabling him to become the first person with paraplegia caused by a spinal injury to walk without relying on robotic limbs that are controlled manually.  Yes, our jaws dropped at this one too.  Around 50,000 people in the UK live with paralysis, and whilst this treatment surely won’t be appropriate or possible for each of them, it was a truly groundbreaking achievement in science, and a step on the path to giving this young man back his independence.

Gosh- you see what we mean about how much takes place in a year? We know there’s been hundreds of new developments, too many to even mention, but we wanted to highlight a few of our favourites from 2015.

We have an exciting year lined up for us, with a new clinic opening at ActivHealth, Langstone Technology Park, Havant. We also have big plans for the introduction of new and improved online resources, new courses and workshops to be held and a few surprises we have in store for you (but aren’t quite ready to share yet!)

May we wish you all a very happy and healthy New Year! 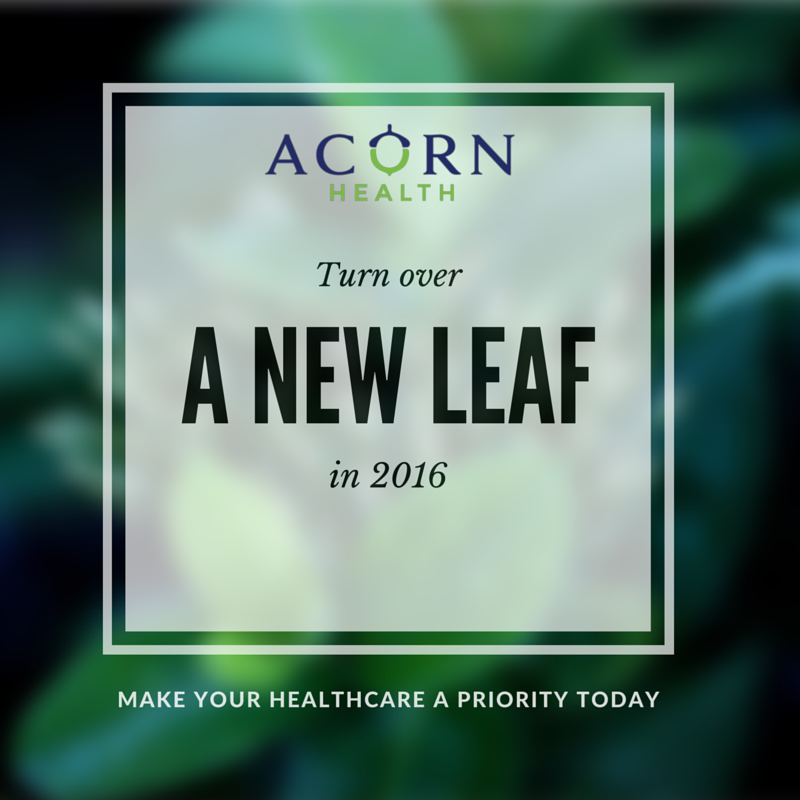